Watercress is a leafy green food source that is a close cousin tomustard greens, cabbage, and arugula. An attractive, succulent plant, watercress bears small, round, slightly scalloped leaves, which, in summer, produce tiny white flowers that become small pods with two rows of edible seeds. Watercress has been cultivated in Europe, Central Asia, and the Americas for millennia for use as both food and a medicine. 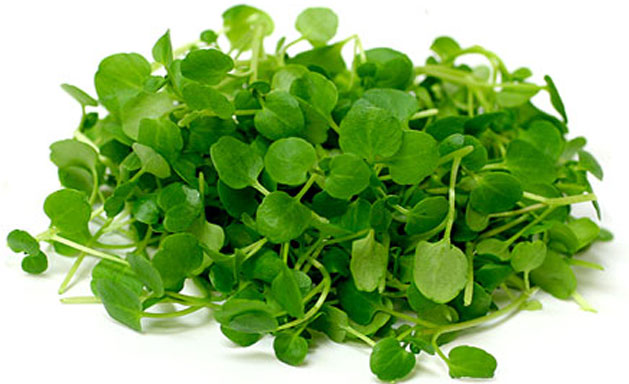 Modern science has identified more than 15 essential vitamins and minerals contained in this one herb Ã� more iron than spinach, more calcium than milk, and more vitamin C than oranges.